The recipe for creating value 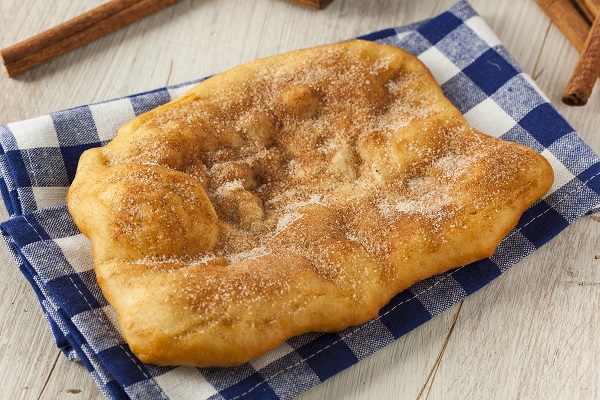 When I was in college, the church that I attended had a booth every year at the local fair. We made a pastry called an elephant ear. I have seen at fairs funnel cakes which are made by pouring a liquid batter into hot oil and frying it. The elephant ear dough was mixed in a huge mixer. It had eggs in it. The dough was allowed to rise. It was then punched down, weighed out into balls and set on large cookie sheets to rise again. Volunteers sitting at tables would pat the balls into flat disks. These were fried in hot peanut oil and then covered with cinnamon sugar or powdered sugar. In the mid-1980s we sold these for two dollars apiece. They sold like, well, hotcakes. Many people would pay to get in the fair solely to buy elephant ears. There was always a line. If people saw that the line had gotten short, they would run to get in the line. We could sell as many as we could make.

We began to quickly make sales, and the stacks of unsold elephant ears got much shorter. Soon Brother “Jones” was at one of the tables patting out elephant ears. This was not a terrible place to be. There was always lively and pleasant conversation at the tables, and the task was ideally suited to his capabilities. I now had helping me another brother who was young, like I was, and energetic. We found ourselves waiting for elephant ears to be produced so we could sell them.

A new problem became apparent. The elephant ears were coming out of the vat and were stacking up waiting to have cinnamon sugar or powdered sugar applied. I spoke to the team leader who moved someone to assist with this task. Each time product piled up at a certain point in the process, I would ask the team leader to add or exchange human resources to speed the flow of product through the production chain.

The following day was Sunday. It was announced in church that the elephant ear booth averaged about $11,000 per year in sales, yet the day before we had sold $4000 in elephant ears. The fair would run each year for 11 days. We were not open on Sundays so we would run our booth for nine days each year. This gives us a daily average just over $1200. While Saturdays had more people at the fair than weekdays, demand always exceeded supply even on weekdays. We had tripled our sales that day by simply using our available resources more efficiently.

Several years later while in college, I read The Goal by Eliyahu M. Goldratt and Jeff Cox. This book is a business novel that describes the same process I did in the elephant ear booth but done in an air conditioner manufacturing plant. The protagonist identifies bottlenecks in the production stream by where product in process piles up and then eliminates the bottleneck by moving resources to that step. I highly recommend this book for business leaders.

The ideal value strategy requires no additional investment of resources but uses the current resources more efficiently to deliver quantity and quality, such as: a faster moving line delivering more and hotter elephant ears. We must not be afraid to make small investments when we know that there will be substantial return on investment. Large investments may be necessary and wise, but the larger the investment, the greater we risk, and the higher returns that are necessary to create a value result.

Article 1: Your business’ future lies in an abundant strategy – not in scarcity

Article 3: Fat cutting from an organization can be taken too far – Are you starving your organization?

Networking During the Holiday Lull

Executives- Read this if you made $100k or more last year

Can I Trust You?