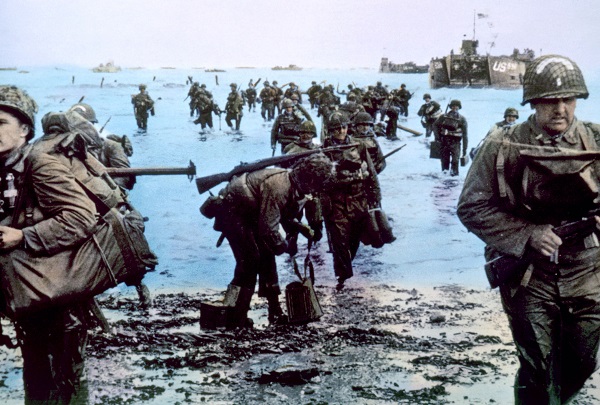 Veterans Day reminds me of my father. In WWII, he landed on Omaha Beach on D-Day.

As Steven Ambrose details in his book “D-Day,” the Allies planned the Normandy invasion for three years, but as soon as our troops hit the beaches, the plans went out the window. To the ‘man on the ground,’ NOTHING was as planned. And on the beaches, formal leaders were dead or not available. Survival and progress to save the free world depended on rapid learning and action, i.e., adaptive leadership. Our troops felt empowered to act, German forces felt compelled to wait for Hitler’s direction. The rest of this leadership story, as they say, is history.

Despite asserting to my Dad, in my youth, the growing impact of technology, e.g., pilotless planes, long-range capabilities, etc., he remained convicted of the mantra “the ultimate weapon is the man on the ground.”* My Dad and his colleagues, some of whom made it past D-Day, are heroes. I have since learned that there were others “on the ground” back in the U.S. who heroically enabled these heroes. During the planning for the largest invasion in modern history, a significant challenge was figuring out how to get our troops from ‘ship-to-shore.’ The U.S. federal government knew how make large ships to get our troops across the English Channel, but they could not get our troops to the shore. Enter Andrew Jackson Higgins, who was described by Dwight D. Eisenhower in 1964 as “the man who won the war for us.” (Read Full Article)

Your People Are the Key to a Successful System Transition

Your Career Needs A Rudder

Your Career is a Journey

Your business’ future lies in an abundant strategy – not in scarcity